Urfi Javed has been grabbing eyeballs for her provocative attire and I-don’t-give-a-damn attitude over trolling and social media backlash. As the complaints against her pile up, we spoke to her about her controversial image, work and how her family worries for her.
‘SEEKING SECURITY BECAUSE I FEEL SCARED AND UNSAFE’
The Maharashtra State Commission for Women on Tuesday asked the Mumbai Police to look into Urfi’s request for security, following threats and complaints. She says, “There are big political leaders who want to take things into their own hands. If they think something is illegal, then they should go to the police or court, but people here want to take law into their own hands by threatening me publically and saying that they will hit me. That’s why I feel unsafe and I’m left with no other option. It’s not some regular person who’s threatening me, but a politician who has the power to influence a lot of people. Many people follow them, and in that way, they can influence people to hit me. This isn’t right.”

‘I’M NOT THE ONLY ONE WHO WEARS THESE KINDS OF CLOTHES’
Responding to those who say that her dressing style is to grab attention, she says, “Who decides what’s right and what’s not? Celebs say I am doing all this for attention… Yes, I am doing it for attention. This industry is all about getting popularity and getting attention, so what is wrong with it then?”
Urfi adds, “I am just a 25-year-old who has done nothing wrong and these people are making me out to be a criminal. They are complaining about my clothes but are not willing to say anything to those who have been threatening me with murder and rape. These people don’t have a problem with my clothing, they are just here to get some attention by using my name.”

Defending her choices, Urfi says that she is not the only one wearing “these kind of clothes” and that there were many girls who upload pictures in a bikini. “Today they are trying to dictate to me, slowly they will want to control all the girls and tell them what they should be wearing.”

‘I WANT TO GET WORK BASED ON MY ACTING TALENT’
But would this affect her prospects in this industry? “I don’t have a relationship or friendship with anyone in this industry. And if I am getting work in this industry based on my relationships with people rather than my acting talent, then I don’t want such work. If I believe in something, I will stand up for it
and I will never compromise just to get work,” says Urfi.

‘MY PARENTS ARE WORRIED ABOUT ME’
Urfi’s parents stay in Lucknow and she says they do not interfere in her life or her career. However, they are worried for her safety, given the threats that she has been getting on social media. She says, “My mother gets worried when she hears about these things, because it’s not just on social media, I get calls too.” 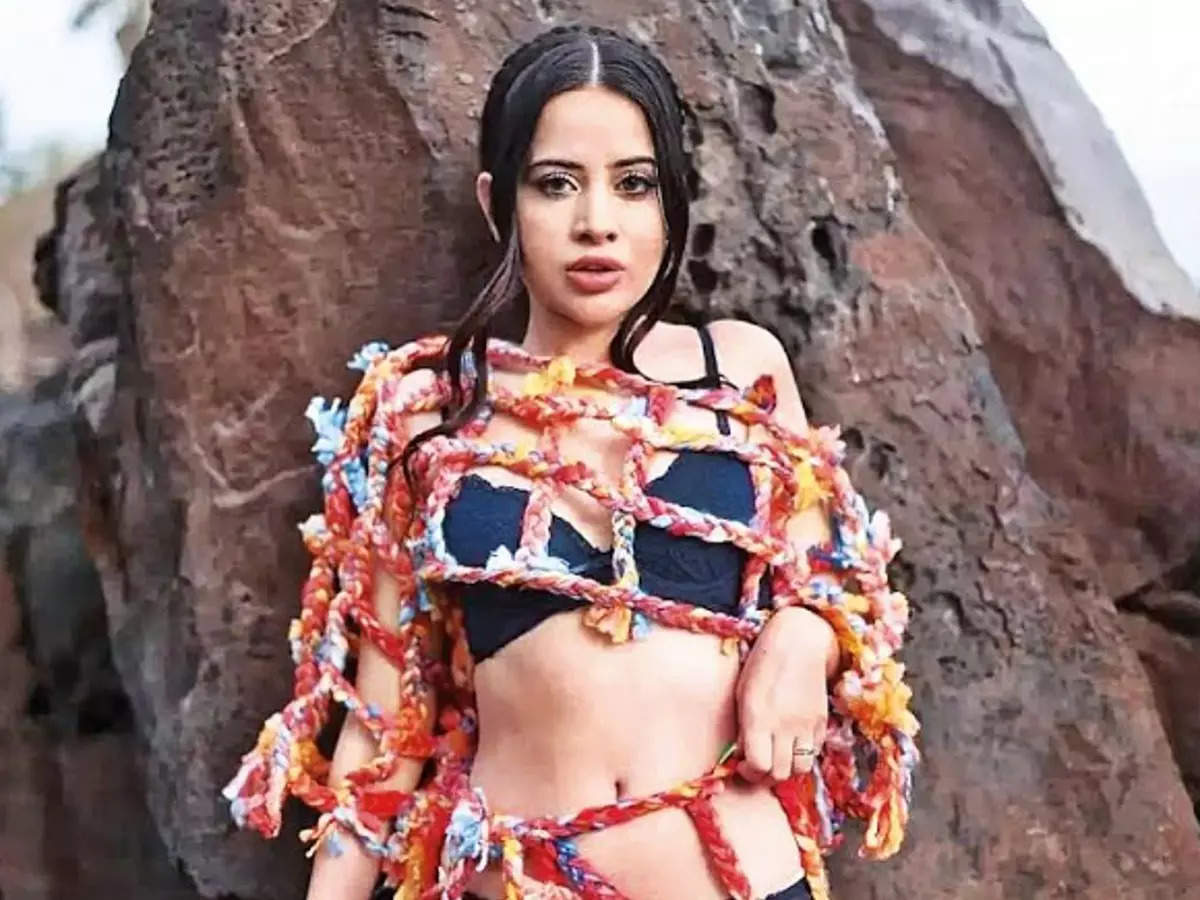