The Shah Rukh Khan-starrer Pathaan is all set to hit the theatres next year. Though the release of the film is still away, the action entertainer is creating a buzz ever since SRK treated fans with its first teaser on his 57th birthday last month. A few days later, director Siddharth Anand confirmed that before the trailer release, they will drop two singles from the film. And, one of them is announced, which is ‘Besharam Rang’. While fans are still gushing over the hot avatar of Deepika Padukone in the poster, here’s another treat for them! 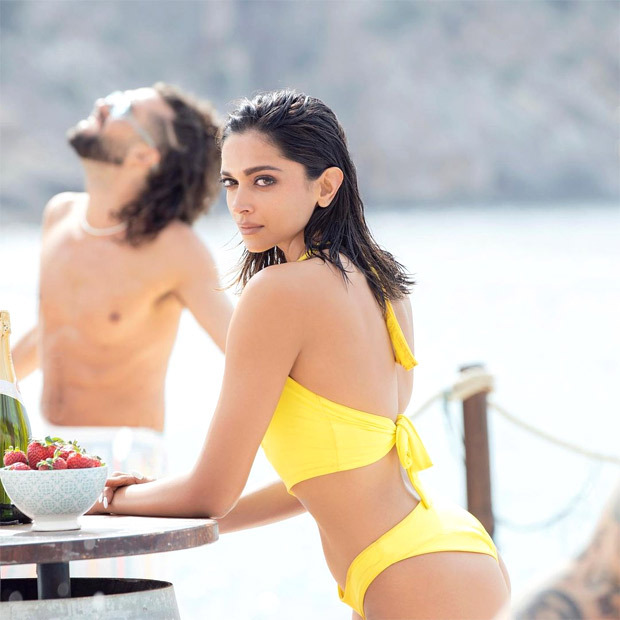 On Saturday morning, King Khan shared another still from the song to amp up the excitement of fans. He took to his verified social media page and shared a still of ‘Besharam Rang’, featuring Pathaan’s leading lady, Deepika Padukone sporting a yellow bikini.

Giving a witty caption to the post while complementing his co-star, Khan wrote, “Mirror mirror on the wall, she’s the most glamorous of them all!” In no time, fans flooded the comments section with fire emoticons. While many went gaga over Deepika’s look, a section of them requested the star to share his still from the film as well.

It is worth mentioning here that Bollywood Hungama was the first one to report that ‘Besharam Rang’ will be out on December 12. A source told us, “‘Besharam Rang’ will be released by Yash Raj Films (YRF) on Monday, December 12. As everyone is aware, it’ll feature Shah Rukh Khan and Deepika Padukone and is a peppy number which is guaranteed to become the number one party song this festive season.”

The source further added, “The mere glimpse of ‘Besharam Rang’ in the teaser got talked about so much. Imagine what’ll happen once the song is out. Shah Rukh Khan and Deepika Padukone’s chemistry is electrifying and their fans are surely going to go crazy.”

Speaking of the upcoming song, director Siddharth Anand says, “Deepika Padukone, apart from being a fantastic actor who has grown with each film, is also the hottest actress of our country. Casting her for the character in the film was as organic as it could get. She can be vulnerable and yet very, very sexy just effortlessly. So, when you have her in the film, you have to present her in a way that does complete justice to her.”

He further adds, “I wanted to present her in her most glam avatar ever. That became a mission for the team and me. So, for Besharam Rang, when she is in a visually stunning coastal town of Europe, dancing with Shah Rukh Khan, we decided to just maximise how hot DP could look on screen! And the result will be unveiled when you see this amazing song.”

Also Read: Shah Rukh Khan says nobody would consider him for action movies before Pathaan: ‘Want to do Mission Impossible-ish kind of films’