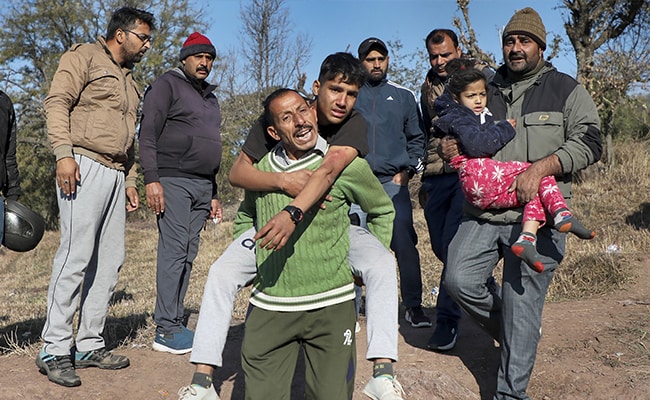 The blast was reported near the home of a victim of yesterday’s terrorist attack.

A child has died and at least five people have been injured in an explosion in Dangri village in Jammu and Kashmir’s Rajouri district, the police said today. The blast was reported near the home of a victim of yesterday’s terrorist attack, officials said.

“A blast has taken near the house of the first firing incident. Five people have been injured. One child has died of injuries. Another critical. Media personnel are requested to be cautious. Another suspected IED spotted which is being cleared,” a police official said.

The incident took place amid a massive cordon-and-search operation to track down two suspected terrorists involved in the attack, officials said.

Massive protests are taking place in Rajouri against the terrorist attack with slogans against government for its failure to protect lives of the people. Jammu and Kashmir BJP Chief Ravinder Raina was also harassed when he went to meet the protesters.

“District administration has failed. Our demand is that Lt Governor Manoj Sinha should come here and listen to our demands,” a local was quoted as saying by news agency ANI.

The death count in yesterday’s terrorist attack in the district has climbed to four after one of the injured civilians died in hospital.

Nine others injured in the incident are being treated, and doctors at the Government Medical College, Rajouri, said the condition of some of them is “very critical”. Some of those critically injured have been airlifted to Jammu.

The victims have been identified as Deepak Kumar, Satish Kumar and Pritam Lal and Shiv Pal.

This is the second incident of civilian killings in Rajouri district in the past two weeks, after two people were killed outside an Army camp on December 16.