Bhumi Pednekar is starring in a Shashank Khaitan film for the first time in the form of Govinda Naam Mera. But the two go a long way together. In fact, the director first crossed paths with Bhumi when she was a minor! 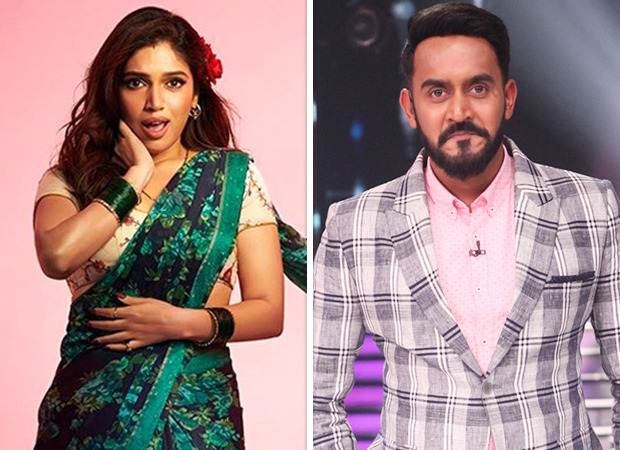 Bhumi Pednekar on Shashank Khaitan, “He met me first when I was 17-year-old LOST teenager”

Revealing more details about their past, Bhumi said in a statement, “So fun fact – Shashank was my senior in film school. He was actually the first person that told me, ‘You know, please take things seriously, you have a lot of talent in you.’ Because I was like this 17-year-old teenager who was completely lost and I was nothing like what I am today.”

Recalling their association further, Bhumi added, “I was very different back then, and he’d seen a live performance of mine and told me, ‘You really have it in you.’ Shashank and I go a very, very long way. As I said, I’ve known him since he studied acting, to him becoming AD, to me casting him in Ishaqzaade (he played a cameo in the film), to him casting me in my film. But speaking specifically of working with Shashank in an actor-director relationship, I think he’s the most nurturing person I know.”

Govinda Naam Mera sees Vicky Kaushal play the titular role. Bhumi plays his wife while Kiara Advani will be seen in the role of his girlfriend. Apart from the extra-marital affair issue, the film also deals with a murder.

Listing down more qualities of Shashank, Bhumi said, “He really goes out of his way to make sure that his actors are comfortable, that they understand what their part is. He gives you what is required and what you need. He also knows how to bring a fantastic performance out of you in a film like Govinda Naam Mera, where there are so many complex characters. To give every character equal weightage, and to give every character an arc is something that is so phenomenal and that comes from his writing and that is why as actors we are so secure performing these parts.”

Bhumi, not surprisingly, credits Shashank for the response her character is getting. “And he himself is a phenomenal actor, so I feel like he brings in a lot of empathy to the table as a director where he understands what we are feeling,” she added. “If we are feeling vulnerable, if we are not convinced, or if we want to do certain things our way, he gives us that space, and I feel that’s why Gauri (her character in the film) has been really loved from the trailer and I feel a lot of it has to do with the safe space that Shashank created for all of us to perform.”

Govinda Naam Mera will be streamed on Disney+ Hotstar on December 16.